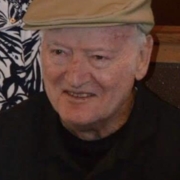 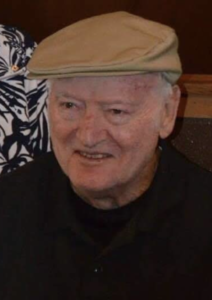 Richard Carl “Dick” McCoy, Sr., 92 years of age.  Dick was born the only child to Carl and Irene McCoy on September 7, 1929.  He attended grade school in Omaha and graduated from Omaha North High School in 1947.  Dick was very active in sports, playing baseball and basketball.

He married his high school sweetheart Molly Steck on February 6, 1949.  Dick played professional AAA baseball with the Dodger organization.  He played in the first game held at Rosenblatt Stadium in1948 and was honored at the last game in 2010.  In 1956, Dick joined the Omaha Fire Department where he retired as a Captain in 1986.  After retiring, he worked part-time at Wynne Transport, which was owned by Don Wynne, a grade school friend.

He cherished his grandchildren and always gave them advice and $20 for tacos.  “Accuracy, Not Speed” was one of his reminders to them.

Dick and Molly enjoyed many family vacations, camping and gardening.  They enjoyed RV traveling with their friends and grandkids and made several trips to Lopez Island, WA to see their son Rick and his family.

Dick was quite a historian with many baseball stories and memorabilia.  They traveled to KOM baseball reunions to reunite with former players.

Tiger Tom’s Pub is where you would find Dick and Molly.  Chatting with friends and playing Keno.  The staff and customers always enjoy Molly’s baked goods.

We are grateful to the doctors and nurses at UNMC and the staff at Hillcrest Hospice who guided his care so his wish to remain at home could be fulfilled.