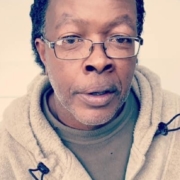 Michael “Mike” Bernard Harris lost his battle to brain cancer on October 4th, 2021 but never lost his spirit. As his legacy will forever live on within his family and friends.

Michael was born January 23, 1965 to Susie Ann (Ware)Harris and Andrew Harris, Sr. He faced many obstacles before meeting his wife, Melissa. They married August 14, 1986 and had 6 children. They were able hit a wonderful milestone of 35 years in marriage before his passing. His favorite thing to do was be around family and his music. His favorite saying was “for future reference.” He was a loving husband, father, son and brother.

The family would like to give a warm thank you and appreciation to everyone that has helped with any arrangements financially and physically and to Madonna rehabilitation and the hospice nurses that were joined with him until the end.