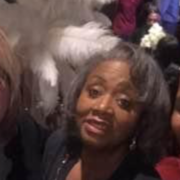 Marva Louise Rudolph, 67 of Indianapolis, Indiana, went home to be with the Lord on Friday, October 29, 2021. She was born on February 8, 1954, in Morrilton, Arkansas, to Carl and Lula Gunnells. She grew up in Omaha, Nebraska, with her parents, her older brother Carl, and her baby sister, Jean.

After graduating from North High School, she would go on to marry Staff Sargent Wavie L. Rudolph at St. Paul Missionary Baptist Church on July 5, 1980. Together with their two children, they traveled the world ultimately spending the bulk of their lives in Ft. Rucker, Alabama, and Indianapolis, Indiana.

She worked for Family Development Services (Head Start) in Indianapolis, Indiana for nearly twenty years where her passion for early childhood advocacy, education, and literacy blossomed into earning an associate’s degree from Ivy Tech Community College, a bachelor’s degree from IUPUI, and being promoted to Center Director at St. Peter’s Head Start.

Barbara A. Scott
Scroll to top