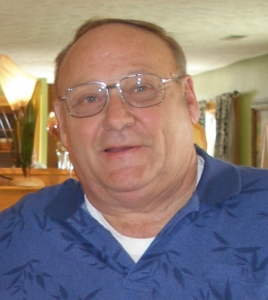 On Friday, November 12th, 2021, Louis David Willenborg, loving husband, father and friend passed away after a short illness at the age of 77. David was born in 1944 to Aileen and John and was raised by his maternal grandparents in the Iron Range of Northern Minnesota. He had 2 older sisters, Joanne and Jeanette. He graduated in the first year of a newly opened Tech school and went on to teach Computer Science and eventually spent his career as a System Admin and Lead Developer for IBM Mainframes.

He married Kathryn Bette Vaughn in 1965 and had 2 sons, Scott David Willenborg in 1965 and Brett Jon Willenborg in 1971. Kathryn passed away in 1987 and David married YeVonne Michelle Stevens in 1998 gaining 3 more children from the marriage, Lisa, Kim and Paul, whom he grew to love as his own.

David was a man of simple pleasures, working on cars when younger, which transitioned to motorcycles later in life, while still keeping the passion for professional auto racing. He enjoyed collecting firearms and target shooting as well as rescuing miniature schnauzers, many of which lived full and happy lives with David and Michelle. David was immensely proud of all of his grandchildren and went out of his way to express that pride each and every time he saw them. He was well known for his friendship, kindness and compassion, quick to laugh and to share a story to cheer someone up and make them feel more at ease.

David was not a “flower person” and in lieu of flowers we would ask that you do what David would do and reach out to your family and friends. Remind your spouse that when you say “I love you”, you mean every last word of it. Call your parents and tell them you love them. Hug your children, remind them that they are still your children, no matter their age. Play with your grandkids, cherish the times you have with them. Call someone you miss and tell them that you miss them. Play a positive role in everyone’s lives and we can make everything a little bit better… like David did.

A Memorial Visitation and Celebration of Life will take place on Friday, November 19th from the hours of 5 p.m. to 7 p.m. at the Roeder Mortuary, 2727 North 108th Street, Omaha, Nebraska.