The video will be live about 5 minutes before the service. 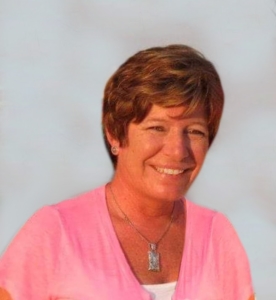 Leslie Ann Bredin was born on January 12th, 1959 in Omaha, Nebraska.  Leslie was an avid artist and excelled in drawing and making sculptures.  She attended Metro Tech, currently known as Metro Community College, and received her Associates Degree in computer programming.  Leslie was the life of the party and relished participating in Softball, Bowling, and Golf leagues with close friend throughout her adult life.

She worked as a Programmer Analyst at MACC (Mid America Computer Cooperation) from 1990-2001.  Leslie then transitioned to Nebraska Furniture Mart as a Senior Software Analyst where she worked from 2001-2022.

Leslie spent a good amount of time traveling with her husband Denny Bredin. Together they enjoyed their annual trips to Puerta Vallarta, Mexico.  Recently she was able to take her two dream trips including visiting Ireland and taking an Alaskan cruise.

In her spare time Leslie spent as much time with family as possible.  She made every effort to see all of her children, grandchildren, and great children and made them all feel so loved every chance she got.

Leslie gained her angel wings on January 9th, 2022 and was surrounded by family and friends.  As an Organ Donor she was able to help with research and gave two families the gift of a lifetime.  In true Leslie fashion, she helped other people until the end.