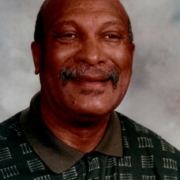 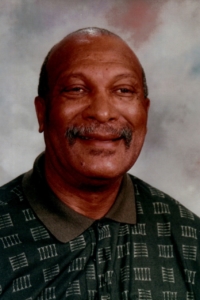 In Loving Memory of Larry Brown

“Love to see you smile!”

Larry enlisted in the United States Air Force in the 1960s and would go on to be a proud member of the American Legion Post 30 for 43 years. He was also a member of the Midwest Athletic Club.

Larry loved working with children and youth. He worked many security positions over the years, the most loved were his positions at Ashland Park Robinson and Gateway Elementary with Omaha Public Schools. He also led the American Legion Post 30 drill team and volunteered for the North Omaha Boys Club.  Another one of his passions was music. Larry was a blues, jazz, R&B and soul enthusiast. He deejayed for decades – known as The Bald One – and filled his home with hundreds of vinyls, cassette tapes and CDs.

Larry was preceded in death by his parents; sisters Alfreada and Barbara; brother Lee; and daughter Jackie.

He is survived by his sons Cal, Brandon, Larry, Victor, Paris, and Rick; daughters Rose and Sheila; and a host of nieces, nephews, grandchildren, great-grandchildren and friends.

He will be remembered fondly by all that knew him.

Burial to be held at a later date at Omaha National Cemetery.