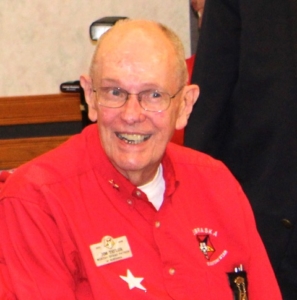 Jim retired from MUD after more than 30 years as a Gas Design Engineer.

His involvement in the various Masonic Bodies, meant a great deal to him.

He was a Past Associate Guardian of Bethel 69,

He was a 50 year member of Shiloh Lodge #325. He served as Master of the Lodge twice and also as Deputy Grand Custodian for the Grand Lodge of NE.

He served as Patron of AkSarBen Chapter #277 twice, and Past Grand Patron of Nebraska Order of the Eastern Star.

Besides the above, he was a member of York Rite Masons,Scottish Rite Masons, and Tangier Shrine.