Flowers or donations may be sent to the church.

To view the livestream of the service go to: 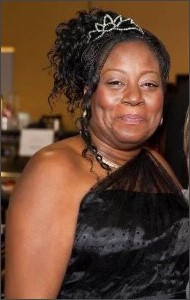 On Thursday, December 31st 2020, Delena Givens Brown, loving wife, mother of 3 and grandmother of 10 passed away at the age of 57 after a lifelong battle of Sickle Cell disease.

Delena enjoyed helping others and her career choices illustrated just that. Delena spent most of her professional career working as a Chemical Dependency Counselor for various agencies in Omaha, including the Nebraska Department of Corrections and North Omaha Alcoholism Counseling Program. Her real passion, though, was working with youth. Delena was very active in the community, working as a Diversion Officer for Sarpy County and the Sarpy County tobacco coalition to help promote a healthier lifestyle.

After retiring, Delena focused her time with Crossroads Connection, a transitional program that helped ex-felons successfully transition back into society. She also ran a successful Jelly and Jam business alongside her sister, Gladys Harrison of Big Mama’s Kitchen. She had a passion for painting and creating pottery. But where Delena got her most joy was simply being a grandma (Mahgah) to her grandchildren.

Delena was a special person and anyone that came across her, knew it. She could light up a room with her presence. Her love for life and family, her sense of humor, her kind creative heart and sharp wit will be truly missed.

Donations may be made using this link: https://cash.app/$Giv3nCash