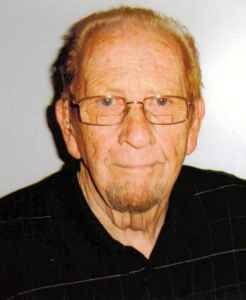 Rocky was born at home in West Bridgewater, MA on September 20th, 1926.
He enlisted in the US Navy in June, 1944. He served in the Pacific Theater as a radar operator aboard the USS Trego. He saw action in major battles including Guadalcanal. Commendations included WW2 Victory Medal, Asiatic Pacific Theatre Medal – One Star.

During the Cold War he worked in Europe setting up NATO defense communications monitoring sites. He worked as an aerospace engineer on unmanned and manned space exploration projects including OSO, Mariner JPL, NASA Apollo & Space Shuttle. In subsequent years he taught math in the Omaha Public Schools.

Memorials may be sent in Clifton’s name to The Missionary Society of St. James the Apostle, Boston, MA.