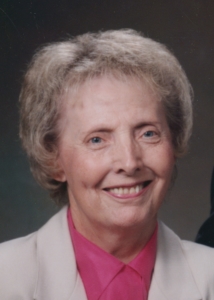 Born in Kennard, NE, Clare and Russ married October 19, 1947, after a short engagement raising their family in Omaha. She worked as a volunteer at Omaha Methodist for many years.

Donations in her name can be made to Presbyterian Church of the Master or the Arthritis Foundation (www.arthritis.org), Omaha, NE.