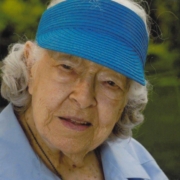 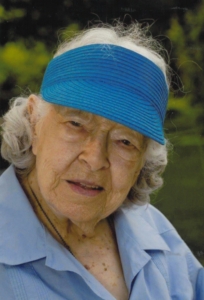 Amelia, always known as Pat or Patsy, was the oldest child of George and Alvina Manthey.

She was raised as a child of pioneers who were among the first homesteaders to acquire land in 1912 in the newly opened Rosebud Reservation in Tripp County, South Dakota. Their new town, Colome, six miles away, was at the end of the newly constructed Chicago and Northwestern Railroad line.

There were no roads, only trails or other community improvements. Her parents, together with other new families, helped establish roads, build a school, church, and a telephone system along with other improvements needed to establish a community.

She attended Colome’s new country school, (Liberty School District No. 25), then in 1932 graduated from Colome’s newly established high school. Following that she spent a year with an uncle and aunt in Altamont, Kansas while attending a vocational school. Then the Depression years came, and she was unable to find immediate employment. When she did, her first job was at the Tripp County Court House as one of the clerks of President Roosevelt’s National highway building programs. She made $12.00 a week.

In 1935 Pat and Frank Pusl were married in Winner, SD. Shortly afterward they moved to the Rosebud Indian Agency in South Dakota where Frank opened a barber shop, and they established a home. Pat found a job as Clerk of the Todd County Selective Service Board. They lived in Rosebud until the first month of WWII when Frank enlisted in the Coast Guard and was stationed in St. Louis, MO. While living in St Louis, she became an employee of the Corps of Engineers involved in inspection and shipping of war supplies.

After the war ended, they made their home in Omaha, NE where their daughter Beth was born. A few years later, she gained employment once again with the Corps of Engineers. She worked for the district office, retiring in 1976 after 29 years. Retirement provided time to better enjoy her beloved family. She always felt having them close by was a special blessing.

She enjoyed several things including traveling with family or bus groups, collecting rocks, fossils, and family ‘treasures’ entrusted to her and now a welcome source of information for the younger members of her family. She refinished all the woodwork, removed wallpaper, and painted the walls in their home several times over the years. This was a source of considerable pride to her. She corresponded with many people including some from her country school years and remained close to her South Dakota land and roots. Gardening, yard work and maintaining many varieties of plants both inside and out were a special source of fun to her throughout the years. She always had a beautifully groomed yard! She enjoyed listening to music and entertaining guests, both family and friends throughout the years, yet always set aside time for sewing, knitting, crocheting, reading, a bit of volunteering and devoting time to her beloved church.

Pat was preceded in death by her husband Frank Pusl, parents George and Alvina Manthey, her brothers and sisters-in-law Jack (Donna) and Mike (Vivian) Manthey, and son-in-law Jerry Schueler Sr.

She leaves behind those loved ones who were part of her life: Daughter Beth Schueler, granddaughter Dawn (Keith) Nelson, grandsons Skip (Sarah) Schueler and Jay (Meggie Bravo) Schueler, great-grandchildren Heather (Zach) Gerch, Derick Nelson, and Jilliann Schueler, and great-great-grandchildren Amelia and Maddux Gerch, along with nieces, nephews, cousins, and friends. 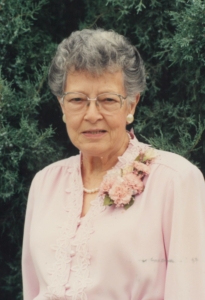 Our loved one asked to be remembered by contributing to your favorite charity in lieu of flowers.