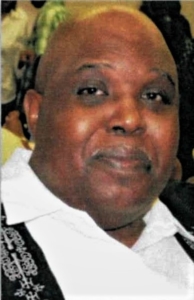 Van’s family escaped the life of share cropping and the racial riots of Arkansas by moving to Omaha, Nebraska.  Van attended Technical High School and after graduation, he joined the United States Army in 1976, as a motor transport operator.  In 1982, he received an honorable discharge from the military.  Later, Van was employed as a nationwide truck driver, security officer and a financier.

In 2016, Van returned to the spiritual roots that he left and rededicated his life to the Lord. He served faithfully as a member of New Jerusalem Church, where he also ministered the gospel.

Van loved his family and would frequently visit with relatives and friends. He enjoyed fishing, sports and could talk for hours. He had his own clothing swag style, whether casual or business with matching accessories from head to toe.

Van is preceded in death by his parents, Van Sr. and Ethel; brothers: JC Stennis Sr., Henry Thomas, and Melvin Nunn, grandson, Devan A. Thomas and hosts of aunts and uncles.