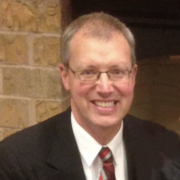 Richard Lee Gilbride was born on June 3rd, 1971 in Des Moines, Iowa. Rick lived in the Des Moines and Ankeny area his whole childhood, attending school at All Saints Catholic in elementary, and Dowling Catholic and Ankeny in high school. After graduation, he attended the University of Northern Iowa, where he graduated with a Bachelor’s degree in Communications. He began his career at QuikTrip shortly after, in August of 1993. He worked there for 24 years, coming to Omaha in 1996 to help open a new division, eventually becoming a Manager and helping to open several new stores. He worked as an Umpire all over Nebraska and Iowa, officiating high school girl’s fast pitch softball. He was selected to officiate the Nebraska State High School Softball tournament for the last four years in a row. More recently, he had begun refereeing elementary school basketball on the weekends. Over the years, he coached softball, soccer, basketball and football, all for his children’s various teams, with his passion being basketball. Along with coaching his children’s teams, he was very involved with their schools, working on the athletic boards of both St. James/Seton Catholic school, and Roncalli Catholic high school.

The summer of 1993, Rick met Shannon Kueny, also a student at UNI. They were married in September of 2001, and had their marriage blessed at St. Elizabeth Ann Seton Catholic church on February 19, 2005. They had seven children over the course of 17 years, and they were the lights of his life. He loved being a father, and was so proud of each of them! He was also passionate about sports, working as The Commish of his fantasy football league for the last 20 years, and hosting our annual Superbowl party each year. He loved sports so much, he waited to leave us until halfway through the Superbowl of 2020! He loved the Iowa Hawkeyes, the St. Louis Cardinals, and the Miami Dolphins. He loved travelling, and new adventures. He loved his friends and family, and will be greatly missed.