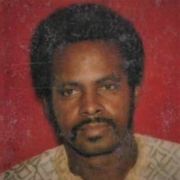 Paul was married to Ruthie Ford in 1963. To this union three children were born.

In the early 70’s, Paul was a dedicated engineer at Flanagan High School.

In 1968, Paul was united to Anna Lee Cole they had six extended children. During this time, Paul was a avid member of the Masonic Organization.

In 1990, Paul and his 3rd wife, Ernestine Williams moved to Birmingham, Alabama with their extended family. Paul returned to Omaha after the death of his sister Cookie.

Paul did not attend any church on a regular basis, but he believed in God and the teachings of his parents about God’s grace and mercy.