To view the Livestream, please go to: https://www.facebook.com/GretnaChapel 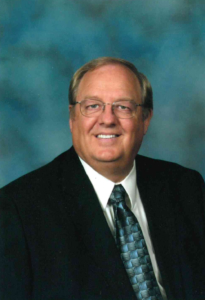 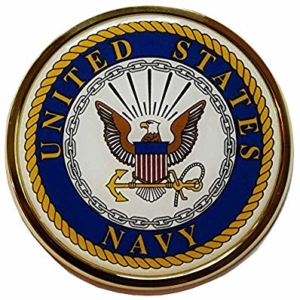 Myron Lee Teut was born to Irene Anna Teut and Kermit Albert Alan Teut on November 23, 1945 in a small house in Ute, IA. He passed away at home where he wanted to be on Friday, February 12, 2021.

Myron graduated from Schleswig High School in 1963. On July 3, 1963 at the age of 17, Myron left the family farm to enlist in the U.S. Navy at Fort Omaha located at 5730 North 30th Street in Omaha, NE. October 26, 1966 Myron and the crew of the USS Oriskany found themselves isolated by a raging fire while the Gulf of Tonkin in the South China Sea. Many lives were lost or missing in action. Myron was to be honorably discharged from the Navy, but he received an extension due to the tragedy on the ship. His family heard of the fire on the carrier but did not know if Myron survived until three weeks had passed.

Myron met his future wife, Sheri Loftus, in September 1967 during Calf Show Days in Schleswig, married in September 1968, and would be celebrating 53 years of marriage this year. They were blessed with three children: Tami from Elkhorn, Kristin (husband Fred) from Gretna; and Shaun (wife Erin) from Fremont. Four grandchildren, Addison, 17, Khloe, 13, Paige, 16, and Cole, 13.

Myron spent his life in the trucking industry. They lived in Gretna for 22 years before moving to Bennington, NE this past December. They were members of St. Patrick’s Catholic Church in Gretna.

Myron’s passion was horses. And when he couldn’t ride anymore due to injuries, he sustained from the very thing he loved, he proudly watched his son and family carry on the sport he so yearned for. Myron loved his family and was always so proud of all their accomplishments.

Myron was preceded in death by his parents Kermit and Irene Teut; his brothers Roger and Ronald; mother and father-in-law Jack and Joan Loftus, three infant nephews and an infant niece. He leaves behind his wife Sheri, Daughter Tami, Daughter Kristin and son-in-law Fred Hartman; Son Shaun and daughter in law Erin (Horeis) Teut. His beautiful grandchildren who he was so proud of: Addison and Khloe Hartman; and Paige and Cole Teut. His brother Corvin; his sister-in-law Carol (Ron) Teut, and many, many relatives on the Loftus and the Teut side, his friends both near and far and last, but not least, his two Havanese furry friends, Izzie and Cassie.

In Lieu of flowers, donations can be made to the Parkinson’s Research Foundation or directed to the family