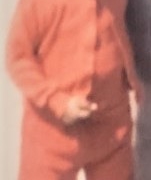 Michael Lee Hayes was born on May 24, 1970 in Omaha, Nebraska to the late Etta L. Hayes and Samuel Nelom.  Michael is preceded in death by his parents and sister; Patricia L. Hayes.  He is survived by his two lovely children; Brandon Shelby and Nikita “Akosua Janelle” Shelby, the mother of his children; Juanita Jenkins Shelby to which they remained good friends throughout the years.  He is also survived by his five siblings; Jacqueline “Jackie” Hayes Page, Rayford Hayes, Jr., Sylvia Hayes Langford “Duane”, Ronald Hayes and Jeffery Hayes, step children; Darnell Duncan, John Duncan, Damon Duncan and Antonio Duncan, their children and their mother; Michelle Duncan to which they remained good friends over time as well, grandchildren; Jasmine Shelby, Jaden Shelby, Daniel “junbugg” Johnston, Tierra Shelby, Jehlani Shelby, Jameelah Shelby and a host of nieces, nephews, family and friends.

Michael loved to keep a smile on his face and was the family jokester.  He loved music, dancing and was a good cook.  Despite anything he always kept moving.  Michael will always be remembered for his courageous heart and his willingness to be there for any and everyone no matter their background.