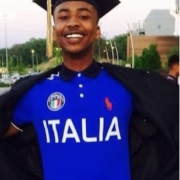 He graduated from Omaha North High School in 2017.  At a young age Jumeez found interests in sports playing for the Bengals little league football for three years.  He then continued his athletic journey and played basketball for Unity Stars for two years.  He was always at the top of his game and was never afraid of a challenge.  In a world of darkness and hate Jumeez managed to be the light for so many people in a short period of time.  Those who knew him are left with memories full of big smiles, dimples and laughter.  2020 brought the hustle and grown man mentality out of Jumeez and it showed.  He had plans of starting his own clothing line all the while building the foundation for his future.