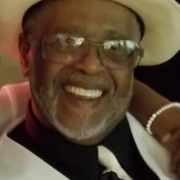 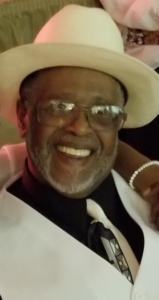 John L. Green was born to the late Johnnie and Bettie Green on September 4, 1946 in Black Hawk, Mississippi. John attended Kellom Elementary School and graduated from Technical High School. After high school, John worked for The Omaha Public Schools as a custodian until retirement.

John was member of Mt. Carmel Baptist Church where he sang happily in the Men’s Choir. Anyone who knew John knew this about him – he loved family, music, cooking, traveling, making those around him laugh, smile, and sometimes frown.

John was the father of a blended family; together with Ms. Roberta “Bert” Atwater for 18 years, then married for 22 years. Their union lovingly cared for three boys and four girls.

John believed in family structure and values. He did anything for his beloved family. He was a mentor to many. He would teach you anything from repairing a vehicle to building a house! We all know he how resourceful. He was and could make/build ANYTHING out of EVERYTHING. He could brighten any room he entered with his smile, Stetson hat and walking cane – let’s not forget the jewelry! John loved fishing. He also enjoyed cooking fish for family and friends while hanging out in the back yard, listening to old music. A few of his favorite sayings were “ One Day at a Time,” and “Just Keep Living.” Often times when you would ask him how he was doing he would respond by saying “ I’m kickin’ but not very high.”

A few years ago he took on the title of cat owner, which did not make the wife happy! Oh how he loved his cats. He even built them a play area. He treated those cats as if they were his children.

He is preceded in death by his parents, Johnnie and Bettie Green, sister Hattie Green, and daughter Larina Green.