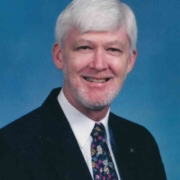 Garry passed away after a long struggle with Parkinsons Disease. Garry was born in Madison, WI. He and Mary were married on January 22, 1966. They lived in Madison, WI and Warren, MI before settling in Omaha in 1971. Garry worked for the US Army Corps of Engineers in Omaha as an environmental biologist for 27 years. One of his proudest moments was when he was chosen to carry the Olympic torch in Omaha in 2002.  He was an avid long-distance runner, life-long birdwatcher, a talented woodworker, photographer and late in life poet. He was a charter member of the Friends of Heron Haven and served on its Board of Directors. He was instrumental in forming the Country Club Hills Neighborhood Association. Garry is preceded in death by parents, Frederick & Ruth Mick; brother, Tom and sister, Janine Finke. He is survived by his wife of 53 years, Mary T.; daughters, Kimberly Burton (Justin Hayward) of Bailey, CO and Karen Roth of Omaha; granddaughters, Caroline Roth, Natasha Hayward and Penelope Hayward; sisters, Pat Jameson (Gene Zastrow), Mary Korch (David Small), Denise Powell; brothers, Doug (Kathy), Mark and Jon (Deb); sisters-in-law, Dolores Mick and Ann Jasek; brother-in-law, Dale Finke and many nieces and nephews.