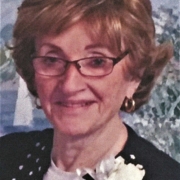 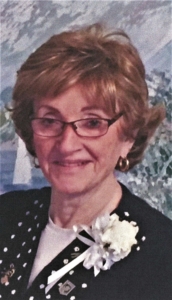 In 1959 Betty was married to Sylvester J. Rosenberger Jr., and together they raised 4 children as well as fostered 7 additional children through the Angel Guardian Home of New York. She was widowed and thrice remarried. In 2003, she and Edward Kaczenski celebrated their love  with a sunset beach ceremony and marriage in Hawaii that endured until Ed’s passing in August 2010.

Betty graduated from high school and went to work in bookkeeping and accounting services for New York Life Insurance Company, Grumman Aerospace in New York and The University of Nebraska Medical Center student financial services in Omaha, NE before retiring to a full and rewarding volunteer career which included the Residence at Timber Pines, St. Vincent dePaul and local Spring HIll FL food pantries. She found her most fulfilling purpose in service to the Central Florida USO at Tampa International Airport. Betty was a frequent driver assisting neighbors travel to and from the airport, She became part of the facility hospitality welcoming military visitors, veterans, and currently enlisted service member and their families from December 2012 thru March 2020, when she returned to Omaha to be near family during COVID.

Betty was particularly known for her patriotism and devotion to the USO; especially proud of her project to distribute retired American flag stars to US veterans.  As a result of her handiwork, more than 125,000 stars were distributed throughout the world. Notably she never left home without a few in her purse, gave them out personally and distributed her US flag stars to others for the same purpose. Notably, her stars travelled internationally with INVICTUS Games warrior athletes and US Olympic teams travelling abroad. In her “spare” time; she enjoyed the benefits of retired living in Manor Place at Timber Pines and The Residence at Timber Pines.

In her “spare” time Betty enjoyed ceramics, dining out, neighborhood gatherings at her community gazebo and family travel adventures. In 2019, she took her Disney Princesses on a Cinderella coach tour of the Omaha Old Market; stopping traffic and inspiring admiring photo-ops in full regalia while creating a magical moment in forever-ever land for her great-grandchildren.

She was a Nature Coast Toastmaster member and spoke eloquently and often on topics that included the USO, flag history and etiquette, perseverance and personal growth. Betty was a life long learner and shared her abundant sense of mirth and faith with others and in all that she has done.

In 2015 was the Betty was the Central Florida USO  volunteer of the year and donated more than 8,000 hours of service at the Tampa center and in support of events supporting military families throughout Central Florida. She staffed the USO Welcome desk 3 mornings a week for numerous years with her favorite volunteer family and friends.

A mass of the resurrection will be held on Thursday 4/22/2021 – 8:30 AM at Roeder Mortuary – Gretna Chapel, Gretna, Nebraska followed by interment of ashes at Omaha National Cemetery.

Memorial donations may be made in Betty’s name to:

Myrene A. Abels
Scroll to top