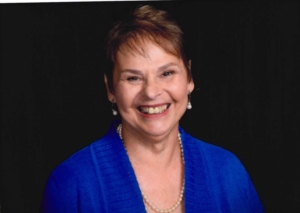 Doris Kramer-Roberts was born June 25th, 1937, in St. Paul MN to Ralph and Gertrude Kuechenmeister.  Doris was the middle of 3 children.  Raised in St. Paul, MN, she enjoyed being near the water whether she was swimming or boating and she loved the Mississippi River.  Doris graduated from Our Lady of Peace High School on June 3, 1955.  After high school she joined the School Sisters of Notre Dame Convent for 2 years.  Doris was forced to leave the convent due to her battle with migraine headaches.

Doris and Bob moved to Gretna, NE in 2007 to be closer to her kids and grandchildren.  Doris enjoyed her children and grandchildren and would be present to support them at any activity or event they were involved in.  Doris and Bob became members of RELC after Alvin and JoAnn Glasshoff  gave them a bag of popcorn from the church and asked them to “pop in” and see them sometime and that lead them to their church family.  Her two favorite things were spending time with family and friends and talking to God while riding the motorcycle across the country.  She and Bob enjoyed their motorcycle rides on their Gold Wing as they traveled more than 300,000 miles across the country over a span of 22 years.  Over those many miles on the road, they experienced seeing most of the country, however, it is the friendships and people they met along the way that were most meaningful.  After retiring the Gold Wing, she jumped into water aerobics where she continued to grow her family of close friendships.