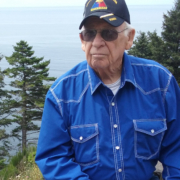 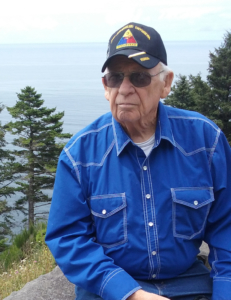 Gretna – Charles was born June 23, 1935 in Omaha, NE. His family lived in Bellevue and then moved to Missouri.
After graduation from Skidmore High School, Charles and his family moved back to Bellevue, Nebraska.
There he worked for an excavating company installing infrastructures. In 1955 he began working for the City of
Bellevue.
In April 1958 he was drafted into the Army. He trained in Fort Hood, Texas and Fort Belvoir, Virginia. He was
then assigned to a combat engineer company in Hanau, Germany for eighteen months. While there he
traveled to Spain, France, Austria, Netherlands and Switzerland. After returning from Germany and
successfully completing the Civil Service Exam, he secured a position in the Civil Engineering Squadron at
Offutt Air Force Base. As a civilian employee, he spent thirty-two years of service there, retiring as an
Environmental Support Chief in March 1992.
In 1966, he married Laurel Elscher from Clatonia, Nebraska. They lived in Gretna, Nebraska where Laurel
taught school for thirty years. They were married for 55 years. Through their years together, Charles served
as a Boy Scout leader and was active in the Gretna United Methodist Church. He owned and operated Brewer
Water Treatment Service for many years after his retirement from Offutt and also served on the Gretna City
Council for 17 years. Charles was very active as a farmland owner and enjoyed being involved in the farming
process. Laurel and Charles loved traveling. They especially enjoyed their trips to Alaska, New England, and
their yearly winter vacations to Arizona where they supported the Chicago Cubs as die hard fans.
In his words, Charles was the father of “two fine children”, Jason and Tricia. He was the kind of father who
hiked mountains in New Mexico with Jason as his Boy Scout leader. And the kind of father who helped Tricia in
her hobby of crafting. He was so pleased to be able to help them build their houses and support them in
anything they did. Charles was also the grandfather of Colin, Devin and Jenna. He enjoyed spending time
with them and attending their activities such as Colin’s baseball games, Devin’s musicals, and Jenna’s tennis
matches.
Charles passed away peacefully at home on May 12, 2022 and leaves behind family and friends and many
others whose lives he touched. In his memory, the family will donate any memorial funds to the Gretna Fire
and Rescue Department.