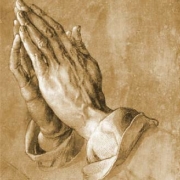 Calvin (Cal) R. Humphrey passed away on the 18th of May 2022 after an extended illness.  Cal was born in Emporia, Kansas the third child of Robert and Sue Rawlings Humphrey.  He was the last surviving member of his immediate family being proceeded in death by his brothers, Robert, Galin and two sisters Jean Miller and Sue Hancock.

After completing high school Lees Summit, Mo. Cal joined the Marine Corps being a member of the 5th Marine Corps Division, 27th Marines. His company was part of the initial beach invasion of Iwo Jima in Feb. 1945.  After the war he returned home to St. Joseph, Missouri where he met future wife, Eleanor Jean Owens.  They were married on Oct 19. 1947, remaining happily together for the remainder of his life.  Cal is survived by his wife, Jeannie, sons, Ronald (Linda), John (Jeanine), Michael (Jane), eleven grandchildren and 24 great grandchildren, scattered over the North American continent.

After marring and a short stint at farming, Cal took a job as a cattle buyer for Swift and Company in St. Joseph, Missouri. He subsequently changed employers, moving to Seitz.  When not buying cattle he learned the ins and outs of the slaughter house business.  In 1965 he relocated the family to Sterling, Colorado where he became the President and CEO of Sterling Colorado Beef Company.  He remained at that position for the next 25 years growing the company to the dominant meat packer in eastern Colorado.

Cal was quite proficient at golf, tennis, very much enjoyed upland and waterfowl hunting in his younger years, however his true passion was fishing, spending many terrific days fishing with family and friends.

Cal had a wonderful sense of humor, gift of gab, love for family, love for his country and was blessed with mid-western honesty and generosity.  He was loved by his entire family, extended family and many friends over the years.  He will truly be missed and remembered.

Interment of ashes will be carried out Friday, August 26, 11 AM at, Omaha National Cemetery with.  This will be followed by a memorial celebration at, “Venue on the Ridge”, Elkhorn, NE at 1 PM.

We would request that any gifts be made to your favorite veterans charity.