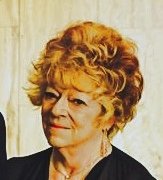 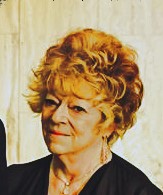 Omaha – Ann Wittwer, 79, of Omaha died with her husband at her side on Friday October 8, 2021, at Methodist Hospital from complications of a heart condition.

(Gladys) Ann Wittwer was born December 21, 1941 in Humboldt, Nebraska to Richard Kent and Gladys Bernice (Nofsger) Layson.  She spent her early years growing up on the family farm in Nebraska, between Dawson, Nebraska and Sabetha, Kansas, together with twin brothers Jack and Dick.  She graduated from Honey Creek rural school district in Richardson County Nebraska. A marriage to Gary Wittwer led to a move to Auburn, Nebraska where son Daniel was born.  She launched a Sears Roebuck franchise store in Auburn, managing and handling inside sales.  Ann and Dan moved to Omaha in 1967.

She attended Peru State College and the Kansas City Art Institute graduating from the University of Nebraska in 1968 with a Major in Business Administration and minor in industrial Design.  Ann was employed as an accountant by Commercial Optical Co. and Floorbrite, Inc.  She moved to management and sales at Cedric Hartmann Co. in the Old Market.  She developed a keen interest in real estate and obtained a Nebraska real estate license in 1981, including a broker-appraiser’s license and excelled in property management.  Over years she managed many rental properties in Omaha for multiple owners including 15 years managing 300 units for one owner.

In addition to being a loving wife, mother and grandmother, Ann was inventive and held a U.S. patent on a dispenser for viscous materials.  She was active in and served six years as a director of the local chapter of the National Association of Accountants, was a member of Mensa International and always ready to help someone.  In 1981, Ann became active in the budding Unity Church in Omaha.  As a volunteer she gave untold hours to the church and its mission becoming close friends with its founding minister, Rev Colleen Engle-Brown.  She was an avid animal lover, feeding furred, feathered, and finned critters year-round in her yard (but didn’t like snakes).

Memorial contributions may be made to the Humane Society, 8929 Fort Street, Omaha, Nebraska 68134 or www.nehumanesociety.org/ways-to-give/