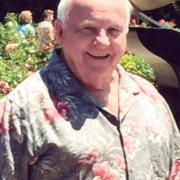 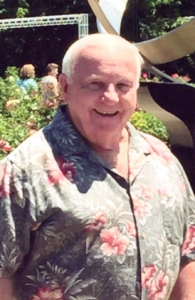 Alvin “Al” W. Poppe passed away January 8, 2022 in Omaha, Nebraska. He was born February 22, 1933 in Otoe, Nebraska to Karl and Anna Poppe on the family farm. At the age of 18, he moved to Omaha where he lived for the next 70 years. Alvin served in the Army for a short time after being drafted at the age of 18. He then worked for the Federal Government in the Corps of Engineers Mapping Intelligence Department for 25 years. After retiring from this position, he owned and operated Atmosphere Products and Mobile Air Heating and Air Conditioning. Al loved the Cornhuskers, following both football and volleyball. He attended almost every Cornhusker football game for over 50 years. He loved traveling, and visited many locations throughout the world. Al always looked like he was ready for a party wearing his colorful Tommy Bahama shirts! He married Delores (Welniak) Poppe on December 28, 1956. They made their life in Omaha having two daughters together. They were married for 35 years before Dee lost her battle with cancer. Al and Elma (Dickman) then met while enjoying their shared interest in ballroom dancing. They married September 20, 1992 and were married 23 years before Elma lost her battle with cancer. Alvin was preceded in death by his parents, his wives Dee and Elma, sisters and brothers in law Laverta and Larry Thieda and Adela and Raymond Ruhge, son in law Randy Chance, brother-in-law Duane Hillman, and nephew Bruce Hillman. He is survived by daughters Kim (Terry) Currey of Omaha, Vicki Scanlon of Salina, KS, grandsons Matthew (Maggie) Scanlon of Kansas City, Cody Currey of Omaha, sisters Edie Hillman and Arlene (Tom) Easter, and many nieces, nephews, great nieces and nephews, and great great grand nieces and nephews.