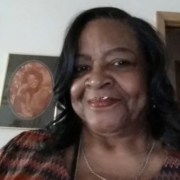 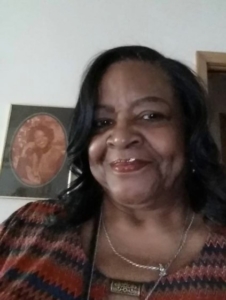 Sunrise began for Adele Louise Kercheval on August 8, 1943.  She was the second child of Albert and Louise (Bryant) Kercheval of Omaha, Nebraska.  She confessed her love to Christ at an early age.  She was baptized Catholic and attended Notre Dame Academy School in Omaha.  She later attended Omaha Technical High School.

Adele was married to Bobby Harris and from that union they produced Ronald (Ronnie), Bobby Jr, and Stephen.  She also raised her niece, Teri and her granddaughter, Yarden and a host of others.

Adele and her boys moved to Southern California where she proceeded to retain her nursing degree and worked in the medical field.  She worked for various medical services and later retired from Training and Research Foundation Head Start.

Adele loved California life. She loved going shopping.  She really loved living in Pasadena, California.  She attended the annual Rose Bowl Parade on a regular basis.  She, with her children, had a regular ‘spot’ where they sat every year.  “We used to wander around while she saved our spots.” says her oldest son Ronnie.

While living in California, Adele attended all her children and grandchildren’s extra curriculum activities. Traveling was also a major part of Adele’s life. She traveled all over California.  She also traveled all along the West Coast as well as Texas, Louisiana, Las Vegas and regular trips back home to Omaha.

Adele was a major member of the ‘Bryant-Fisher Dozens of Cousins’ family reunion organization.

She returned to Omaha to help take care of her parents.  After moving back, she was very active with her Omaha ‘girlfriends’.  They would meet regularly to play Pokeno or go to the movies or just sit and talk.  She was also an active member of the Omaha branch of the ‘Red Hatters Society’.  Adele was also an active member of several book clubs as well as sewing bees where she made amazing homemade quilts.  She attended Omaha Jazz on the Green for many many years with family and friends.

Adele maintained a close relationship with her family.  She reached out to everyone as much as possible.  Even with many of her grandchildren living in California, they knew ‘Granny’ was only a phone call (or plane ride) away.

A special thanks to her ’sister-cousin’, Frances Kercheval.  Frances held a special spot in Adele’s heart.  Their friendship and love will always be cherished.

She kept close contact with life-long friends such as Shirley, Ester, Judy, Carolyn, Thedra and many many more.  Adele lived her life as a ‘special friend’ to everyone.

And to all the other love ones and friends she was blessed enough to meet throughout her long life, may she continue to be a positive beacon of Love, Laughter and Light   – Thank You.