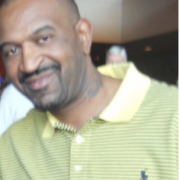 Aaron Joseph Shields was born to Beverly Ann Shields and Joseph Thomas on September 26, 1972. Aaron graduated high school at the early age of 16. Aaron worked at various different jobs in Omaha before moving to Las Vegas where he worked at a credit card company for a few years. He then moved to California where he and Feliciano toured the west coast. From San Francisco to LA.

While in Los Angeles, Aaron continued to battle his diabetes and eventually decided to come back home to Omaha where he lived with his mother who gave her all while caring for him.

Aaron was able to move into his own apartment where he spent a wonderful 2½ months living independently before the Lord decided to call him home.